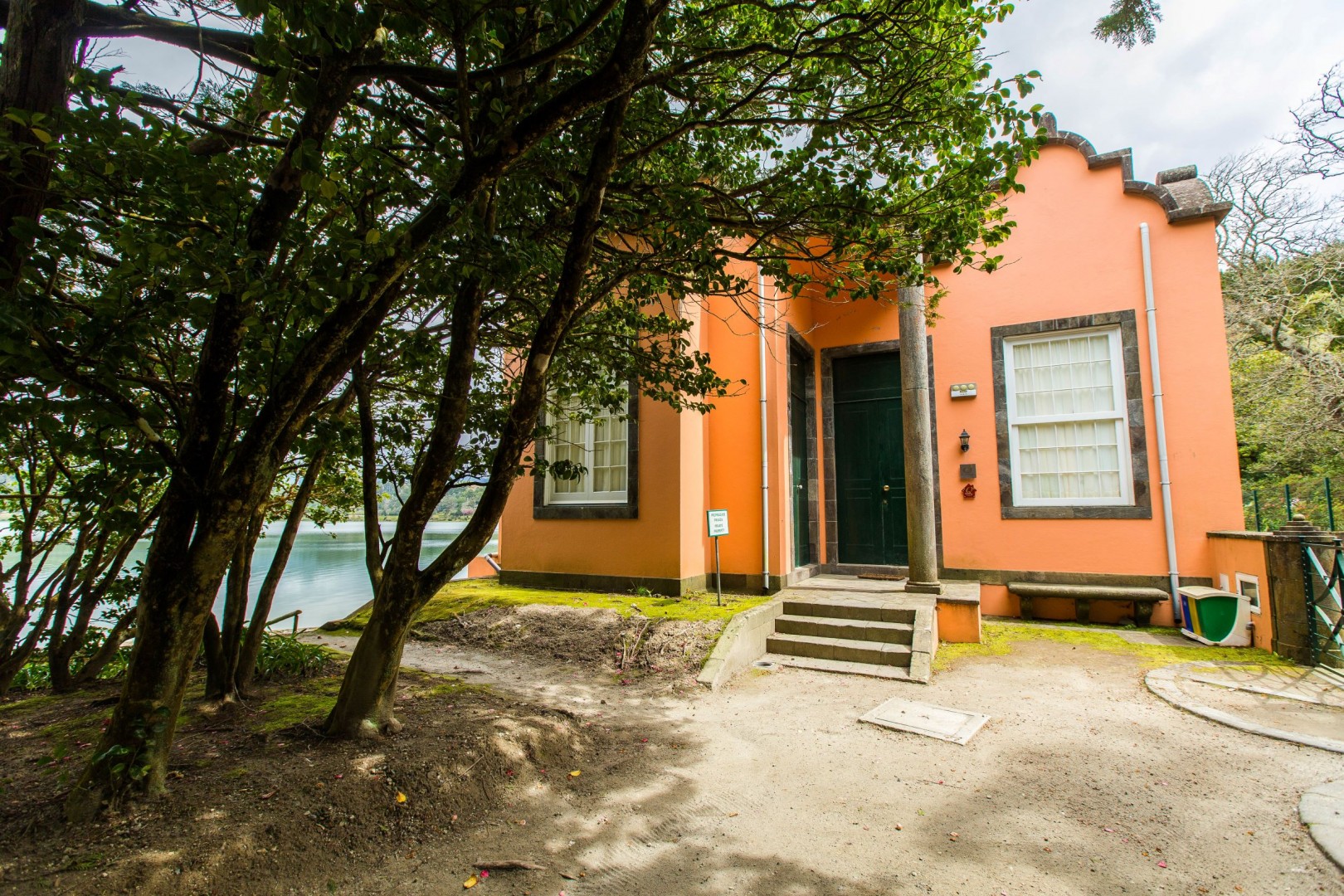 The Casa dos Barcos, an old boat pavilion,its architect is unknown but the house follows a Nordic (Anglo-Flemish) style as indicated by the roof design. It is estimated that the Casa dos Barcos was the first one to be built in 1860, at the time when the original estate was planned. 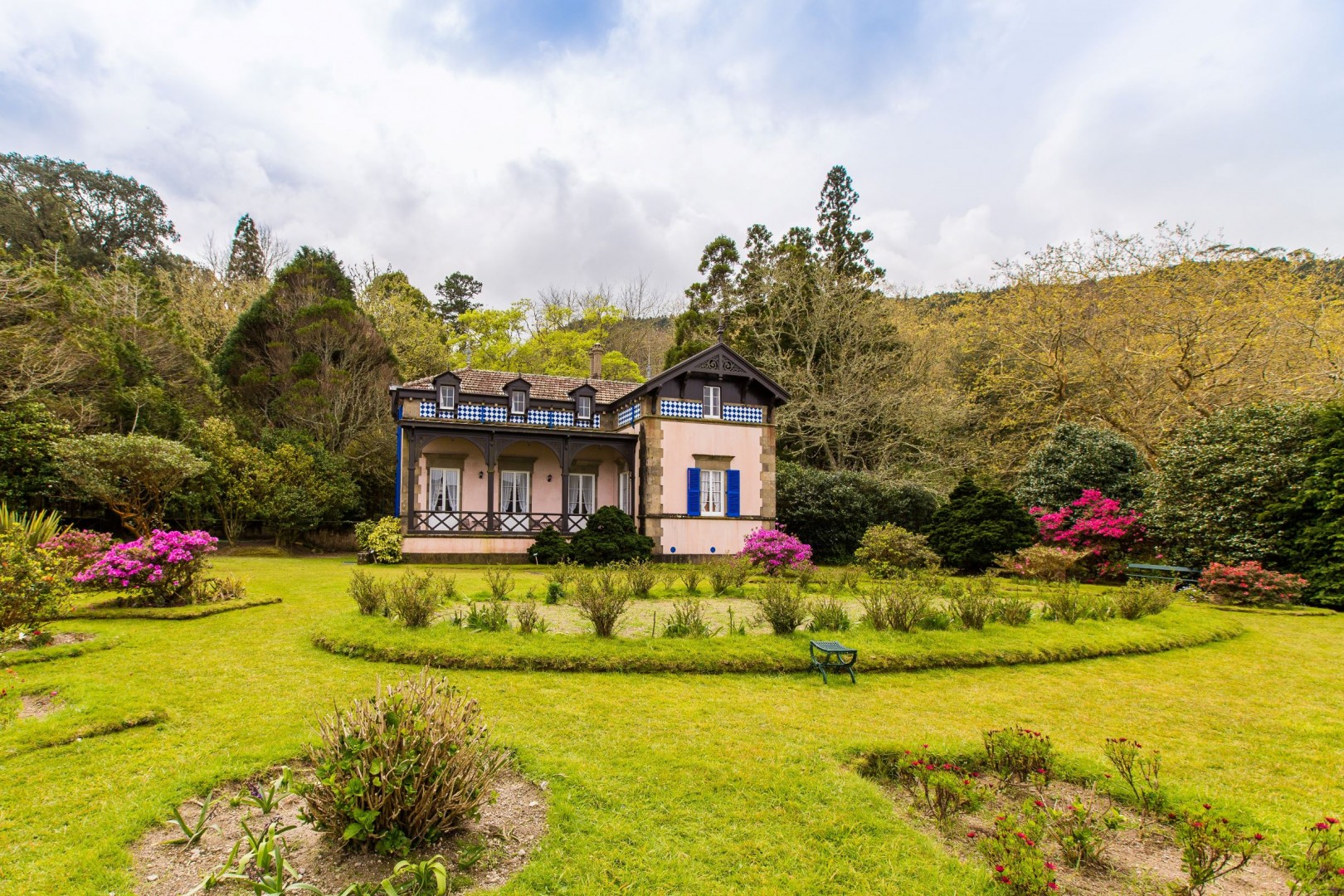 To the visitor who chooses the Casa da Lagoa is offered a real landscape and historic environment. It is a Franco-Swiss chalet, it was referred to as “pavilhão da pesca” (fishing lodge), designed by George Aumont in 1867, is located on the opposite side from the Casa dos Barcos, today also converted to Rural Tourism.

It is interesting to note that the house and the park has been used for several TV series, the last one being the Story of an Azorean Family filmed in 2013.

The Casa dos Barcos & Casa da Lagoa are part of an estate created in the XIX century by José do Canto, a local aristocrat, that married the rich Morgada Maria Guilhermina Taveira Brum da Silveira in 1842. José do Canto implemented many projects from leading botanical, landscape and architectural firms in leading European cities such as London and Paris for the complete estate (600 Ha at the time of his death) that can still be enjoyed today. The estate currently has about 100 Ha of forest of which 10 Ha are landscaped.

Located near the Casa dos Barcos & Casa da Lagoa is the Capela da Nossa Senhora das Vitórias, a chapel built in the late XIX century that serves as the estate founders mausoleum. The chapel, designed by André Breton , a architect from the City of Paris Municipality, represents one of the few neo-gothic projects existent in Portugal.

The Mata-Jardim located behind the house was created following a plan developed by the architect Brailett Deschamps (1824-1875) and represents an important botanical legacy to the region. It contains a diversity of landscapes defined by various walk paths, the Salto do Rosal water stream, and diverse plant species imported from leading world plant nurseries. Today you can enjoy the Vale dos Fetos landscaped in the middle of the XX century by Ernesto Hintze Ribeiro following the original design. The Alameda das Camélias, a walk path filled with old Camellia trees is another estate attraction, sought after by Camellia lovers from various countries, especially during the December-May blooming season.

These are all features that give the place a cinematic environment, full of mergers between nature and human intervention, able to provide you with unforgettable moments.